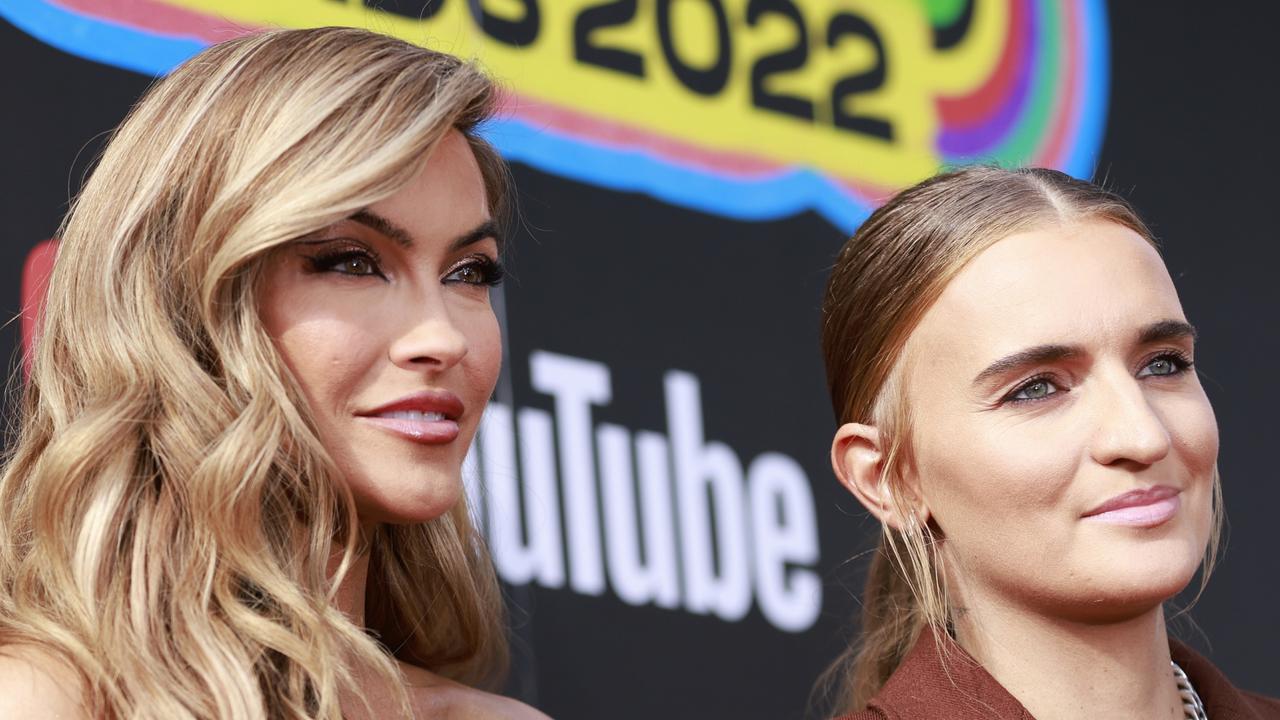 The Australian music industry’s biggest stars are descending on the red carpet ahead of tonight’s 2022 ARIA Awards.

Dance act Rufus Du Sol lead the nominations with seven nods, including Album of the Year and Best Group.

They’re closely followed by Flume and Amyl and The Sniffers, with six nominations apiece.

Aussie pop music legend Natalie Imbruglia will host the awards, which take place from 7:30pm tonight, and you can expect performances from the likes of Baker Boy, Dami Im, Flume, Jessica Mauboy, Tones and I, Vance Joy and more.

Before that – the red carpet.

Sydney singer / rapper / dancer Amarni channelled Kylie circa Can’t Get You Out of My Head (and a little bit of Kath and Kim from the back) with this racy hooded ensemble:

He won a slew of awards last year including Album of the Year – so Genesis Owusu looks appropriately regal tonight:

Missy Higgins is channelling 70s glam-rock in this striped suit:

We’re assured that’s superstar DJ and producer Flume, on the right of the photo below. We’ll have to take the photographer’s word for it:

Here’s tonight’s awards host, Natalie Imbruglia – how has she not aged a day since Torn 25 years ago?

And here’s Richard Wilkins with son Christian – in a surprisingly demure red carpet outfit, by his standards:

Baker Boy’s up for a stack of awards tonight:

Yet more pink! This time from radio host Brittany Hockley:

Pop duo Cat and Calmell are bringing the 90s vibes: