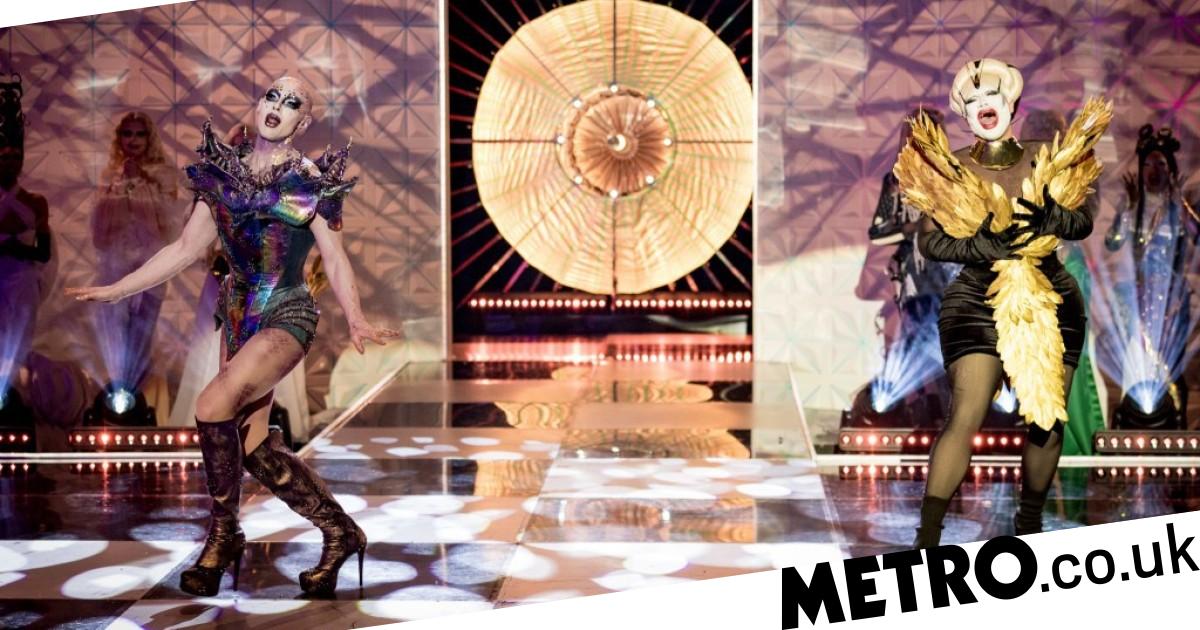 To view this video please enable JavaScript, and consider upgrading to a web
browser that
supports HTML5
video

On Thursday night, the grand finale of season 4 aired on BBC Three, as fans waited with bated breath to find out who out of Danny, Cheddar Gorgeous, Jonbers Blonde and Black Peppa had been crowned the UK’s Next Drag Superstar.

After an epic megamix performance on the main stage and a breathtaking Finale Eleganza runway, RuPaul whittled the four queens down to a final two – Danny and Cheddar – before the duo performed a lip sync for the win set to Dame Shirley’s This Is My Life, with Danny coming out on top.

Having broken down in tears over their victory in a behind-the-scenes moment last night, Danny caught up with Metro.co.uk and other media on Friday to discuss their win and how stunned they were to catch the attention of Dame Shirley herself.

The 29-year-old from Liverpool referenced a post the Diamonds Are Forever singer shared on Instagram, after she uploaded a photo of Danny and Cheddar during their lip sync, congratulating them both on given the performance ‘all you’ve got’.

Admitting that they were running on three hours’ sleep after heading to Heaven in London to perform after the finale viewing party last night, Danny expressed how thankful they were for the ‘really nice support’ they’ve received ‘from a lot of LGBTQ+ names in the industry’.

‘I remember [Drag Race US star] Willam said to me at a show, “Welcome to the sisterhood,” and I kinda didn’t get it. But there is like this weird network of girls around the world – let’s call it shared trauma. We’ve all been through the same thing. And it’s honestly it’s just, f**k, it’s like I’m in a dream.’

To view this video please enable JavaScript, and consider upgrading to a web
browser that
supports HTML5
video

While many fans have been rooting for Danny to win from the very start, they admitted during our chat that they were convinced that Cheddar was going to clinch the win right up until their own name was announced by RuPaul.

One of the sweetest moments of the Drag Race UK season four finale was when the four finalists were bigging each other up in the Werk Room, with Danny being particularly vocal about how talented their fellow contestants were.

They stressed that their belief that ‘if you’re confident enough in what you do’, like how they are with their drag, then you shouldn’t feel the need to ‘be shady or try and bring other people down’.

‘I mean, there’s always room for shade, but not in a negative way. You should want to bring each other up and drag is about that. We’re a community of people, and we’re part of the LGBTQ+ community as well. It’s just not my style,’ they said.

‘You want everyone around you to be their best, because if they’re at their best then you’re at your best. You get what you put out, don’t you?’

While the finale of the series was packed with emotion, a moving interaction that didn’t make the final cut of the episode took place during the judges’ critiques on the main stage, when RuPaul made the ‘affirming’ declaration to Danny that they’re a star.

‘I believed it in my head. You don’t like to say out loud to you because you’re going to sound cocky. But I’ve believed it, and other people have told me I’m too gobby or I’m too shady.

‘I think because you can see the other side to a drag queen on Drag Race – it’s the makeup off, it’s the real person – they fall in love with the whole package and to hear RuPaul say all the things that I believed…’

If you’ve got a celebrity story, video or pictures get in touch with the Metro.co.uk entertainment team by emailing us celebtips@metro.co.uk, calling 020 3615 2145 or by visiting our Submit Stuff page – we’d love to hear from you.