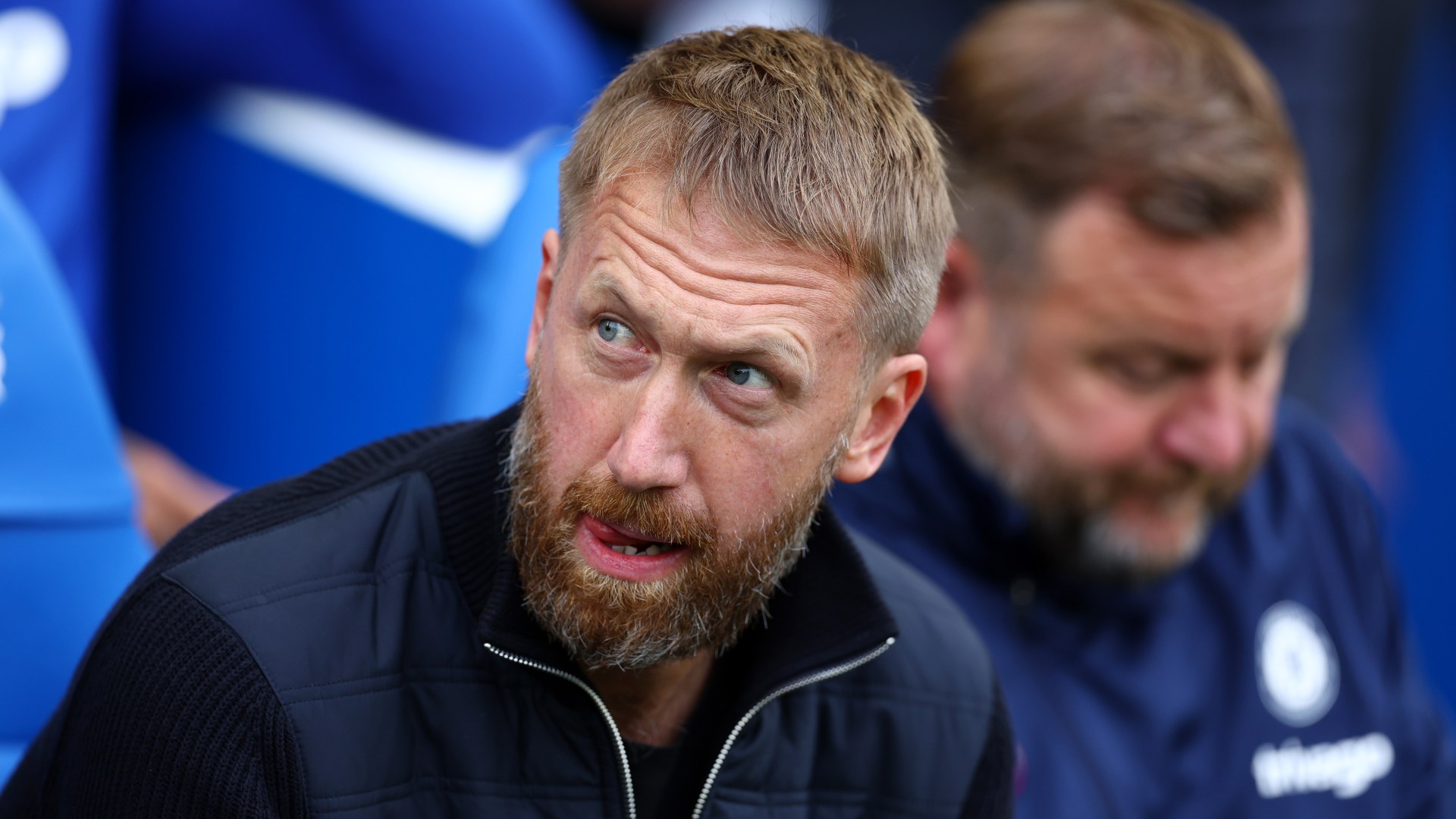 Chelsea boss Graham Potter has been told to develop a more ruthless element to his management that the likes of Jurgen Klopp and Pep Guardiola possess. Potter has been Blues boss in September, leaving Brighton to join the west London club. AFP Potter’s men are winless in their last four league matches and have slipped … Read more 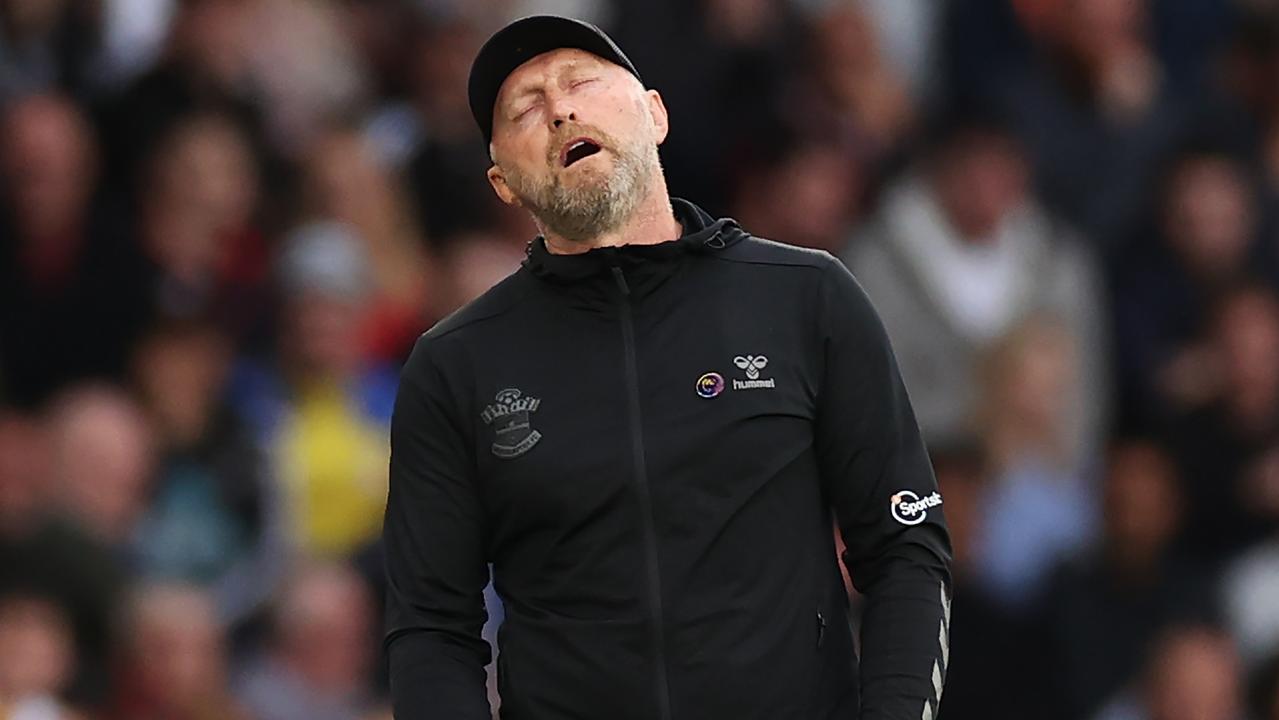 Premier League club Southampton announced Monday they had sacked manager Ralph Hasenhuttl after a poor start to the season. The south coast club, in the relegation zone after Sunday’s 4-1 defeat against Newcastle, said it was the “appropriate time to make a change”. “Hasenhuttl, who was appointed in December 2018, departs having made a significant … Read more 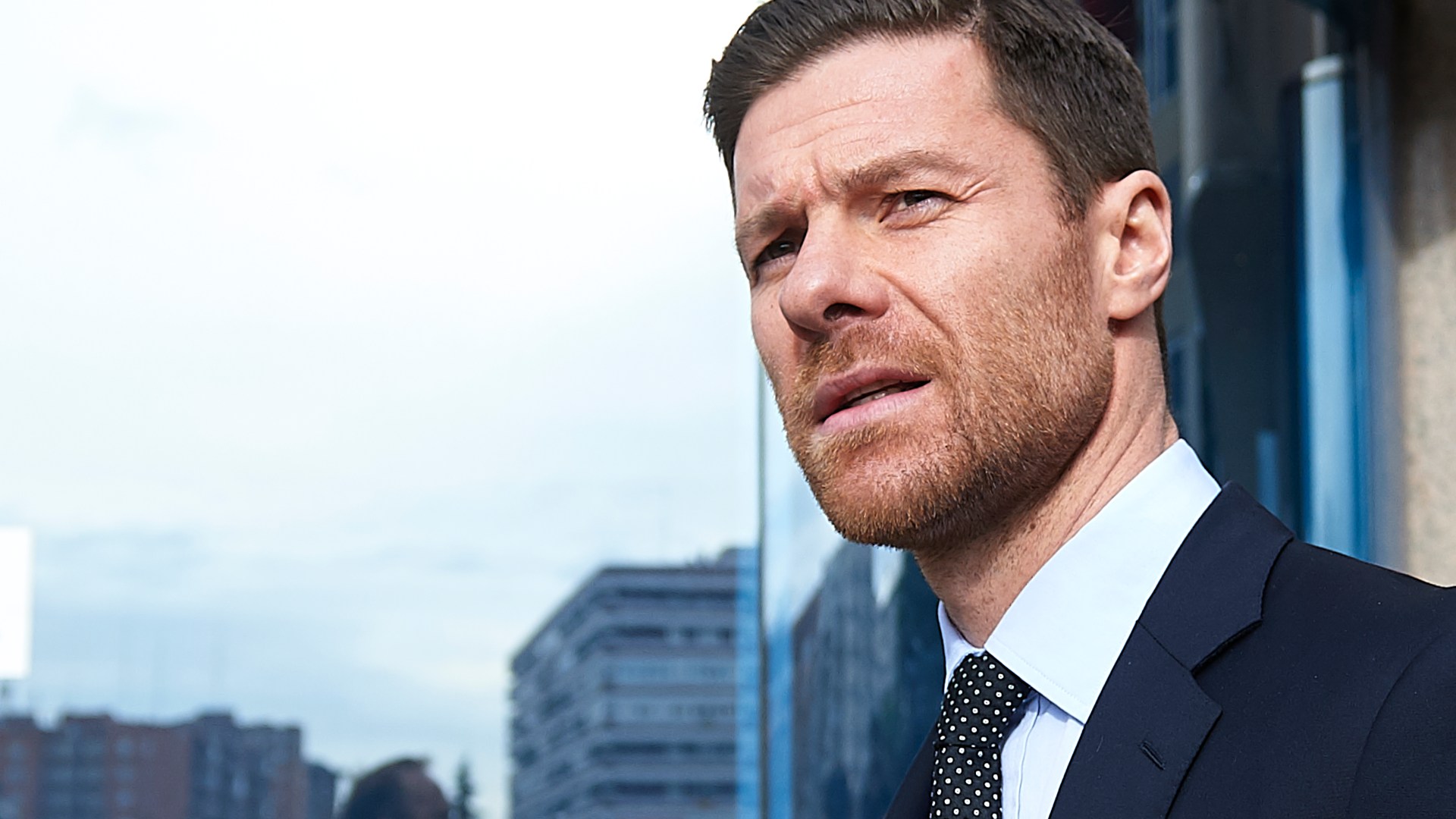 Liverpool legend Xabi Alonso is being eyed by Bayer Leverkusen who were turned down by former Chelsea boss Thomas Tuchel. The Bundesliga side currently have a man in the dugout, Gerardo Seoane, but the Swiss coach is on thin ice with his side second-bottom in the league. Getty Alonso was recently back in Liverpool for … Read more 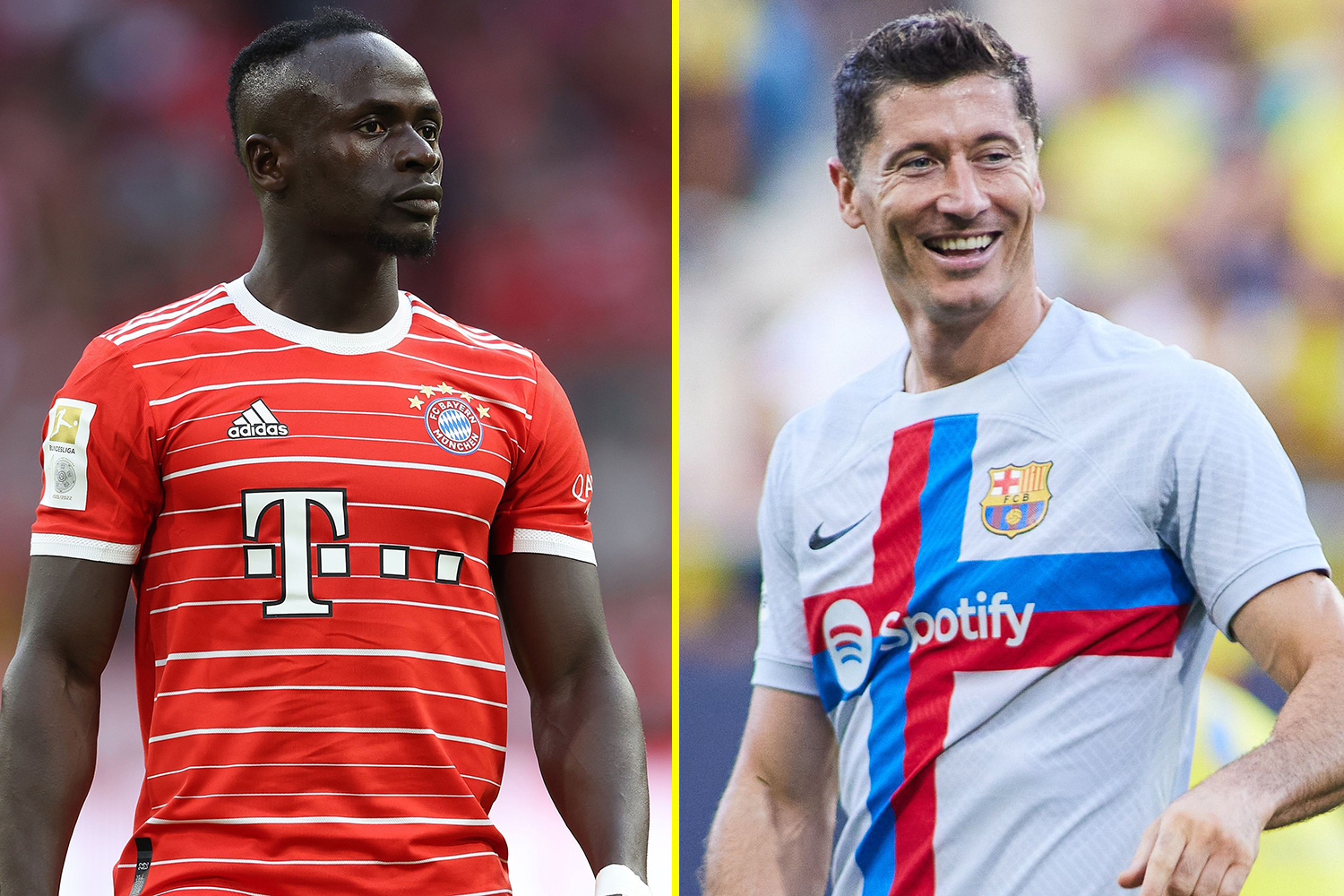 Aston Villa eased the pressure on under-fire boss Steven Gerrard with a 1-0 win over Southampton as the Premier League returned following the death of Queen Elizabeth II. The English top-flight was back in action for the first time since the Queen died aged 96 on September 8, with last weekend’s games postponed as a … Read more 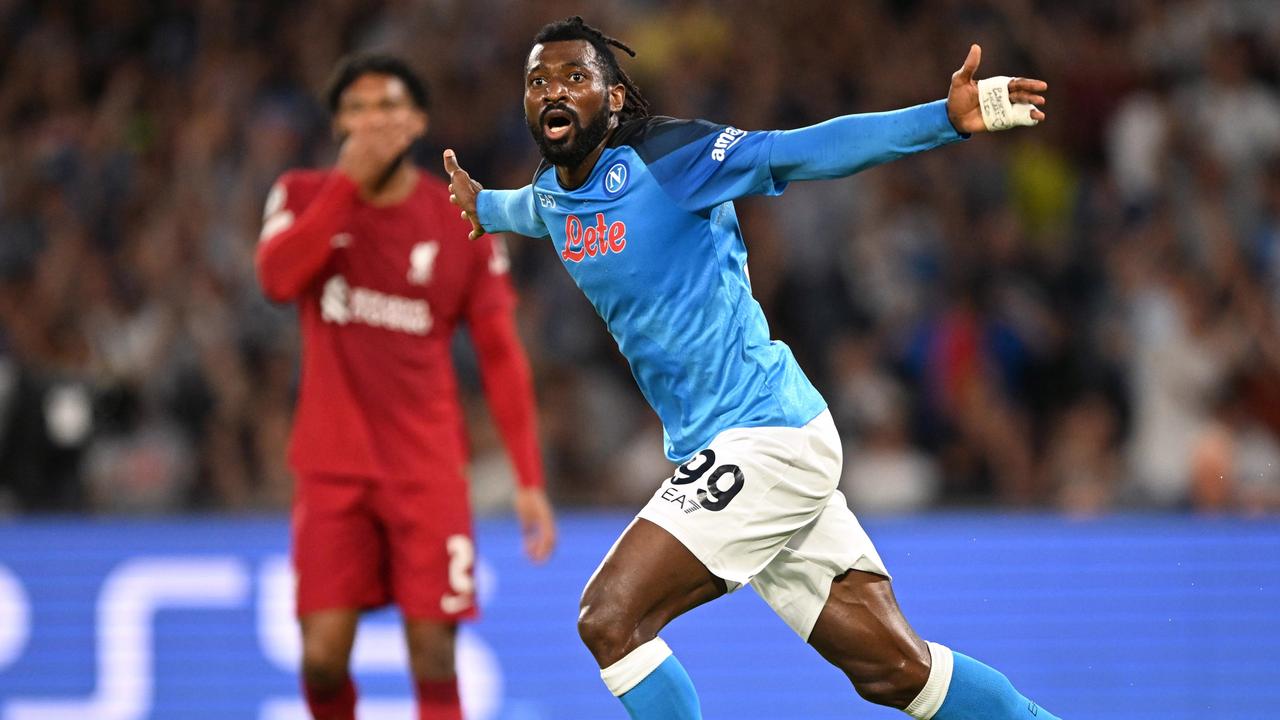 Liverpool have been left shell-shocked as a blistering first half spell from Napoli has the Italian side up 4-0. Piotr Zielinski scored a fifth-minute penalty before midfielder Andre-Frank Zambo Anguissa added the second in the 31st minute. Watch the world’s best footballers every week with beIN SPORTS on Kayo. LIVE coverage from Bundesliga, Ligue 1, … Read more 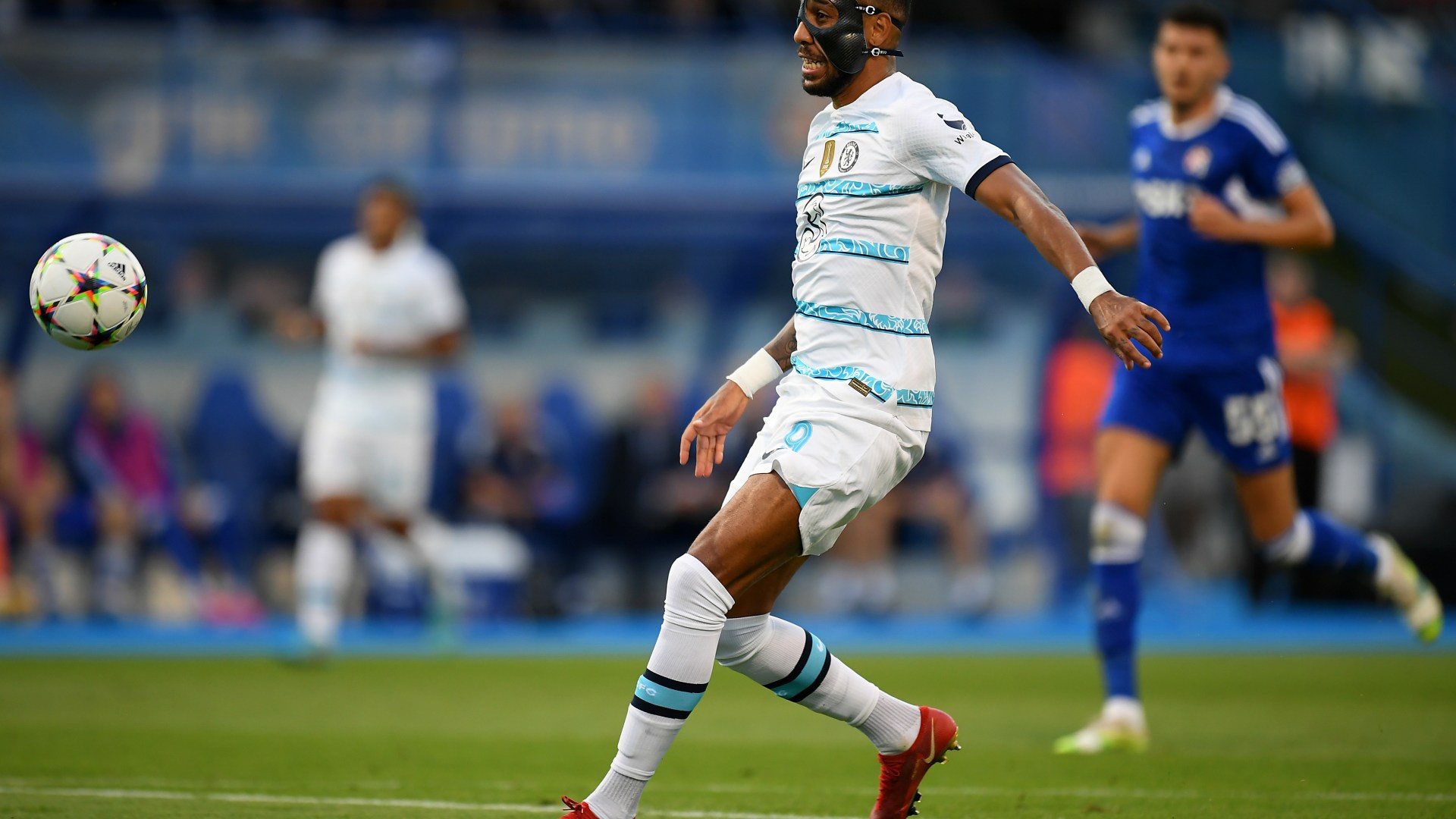 Simon Jordan and Danny Murphy have questioned Chelsea’s signing of Pierre-Emerick Aubameyang after the club’s decision to sack Thomas Tuchel. The Chelsea boss was dismissed on Wednesday morning following their 1-0 defeat to Dinamo Zagreb in the Champions League. Chelsea Aubameyang completed a move to Chelsea on deadline day and was delighted to link up … Read more 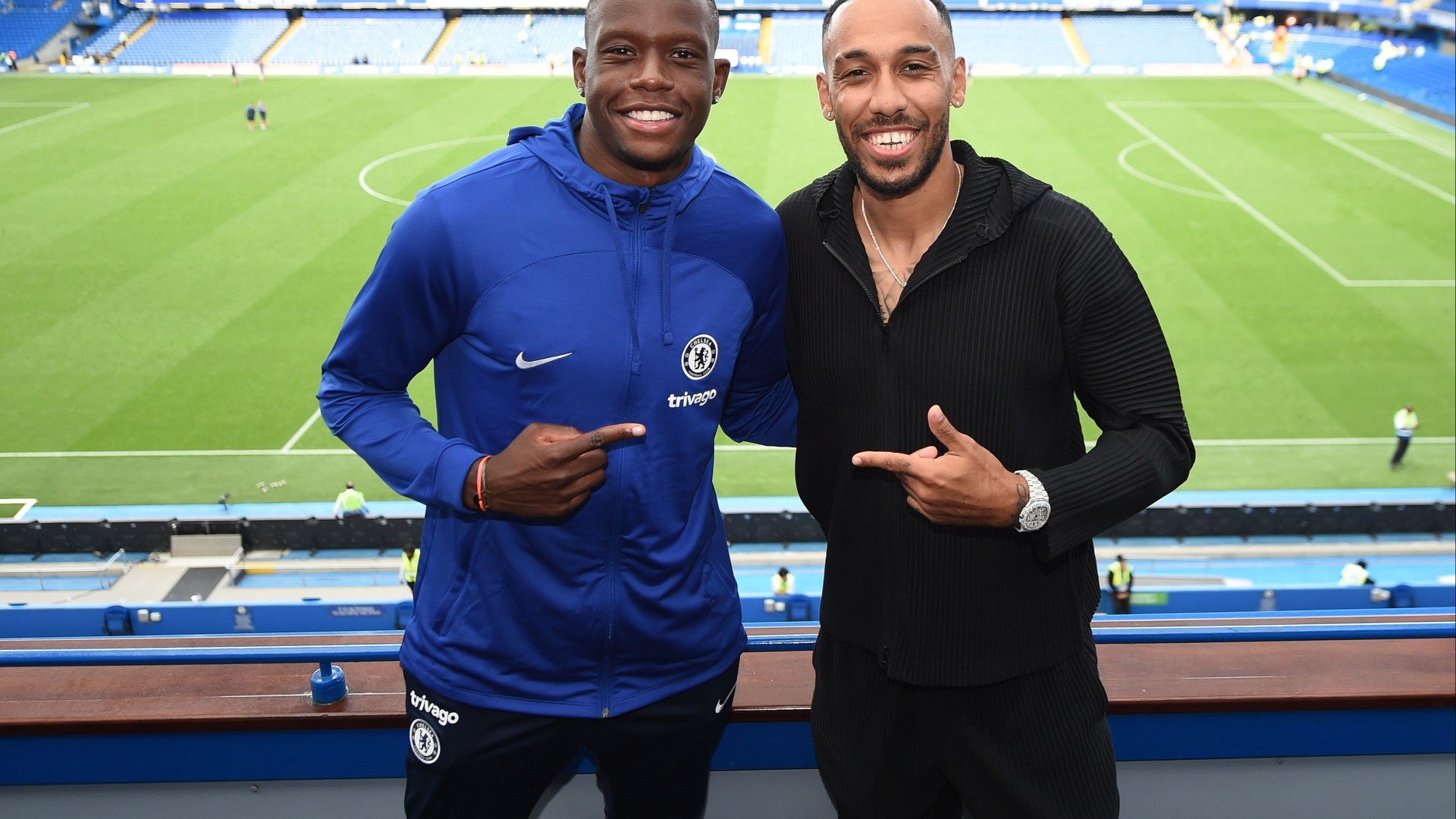 Pierre-Emerick Aubameyang and Denis Zakaria could both make their Chelsea bows on Tuesday night, having travelled with the squad for their Champions League clash. The Blues secured the services of Aubameyang for £10million from Barcelona this summer, in a deal that saw Marcos Alonso head in the other direction. Getty Tuchel has said Aubameyang and … Read more 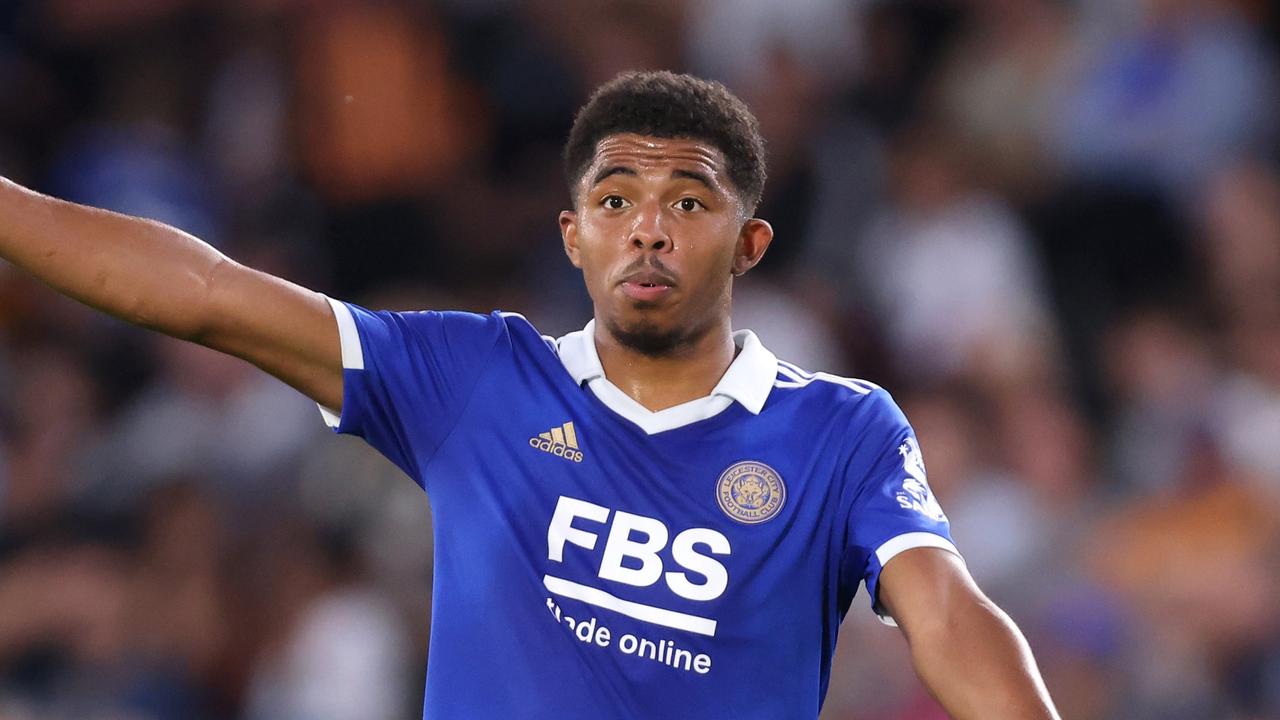 One of the biggest sagas of the Premier League transfer window has finally come to an end, with Chelsea announcing the signing of defender Wesley Fofana from Leicester City on Wednesday. Speculation over this deal has been going on for what feels like forever, with the Foxes reportedly knocking back multiple bids from their Premier … Read more 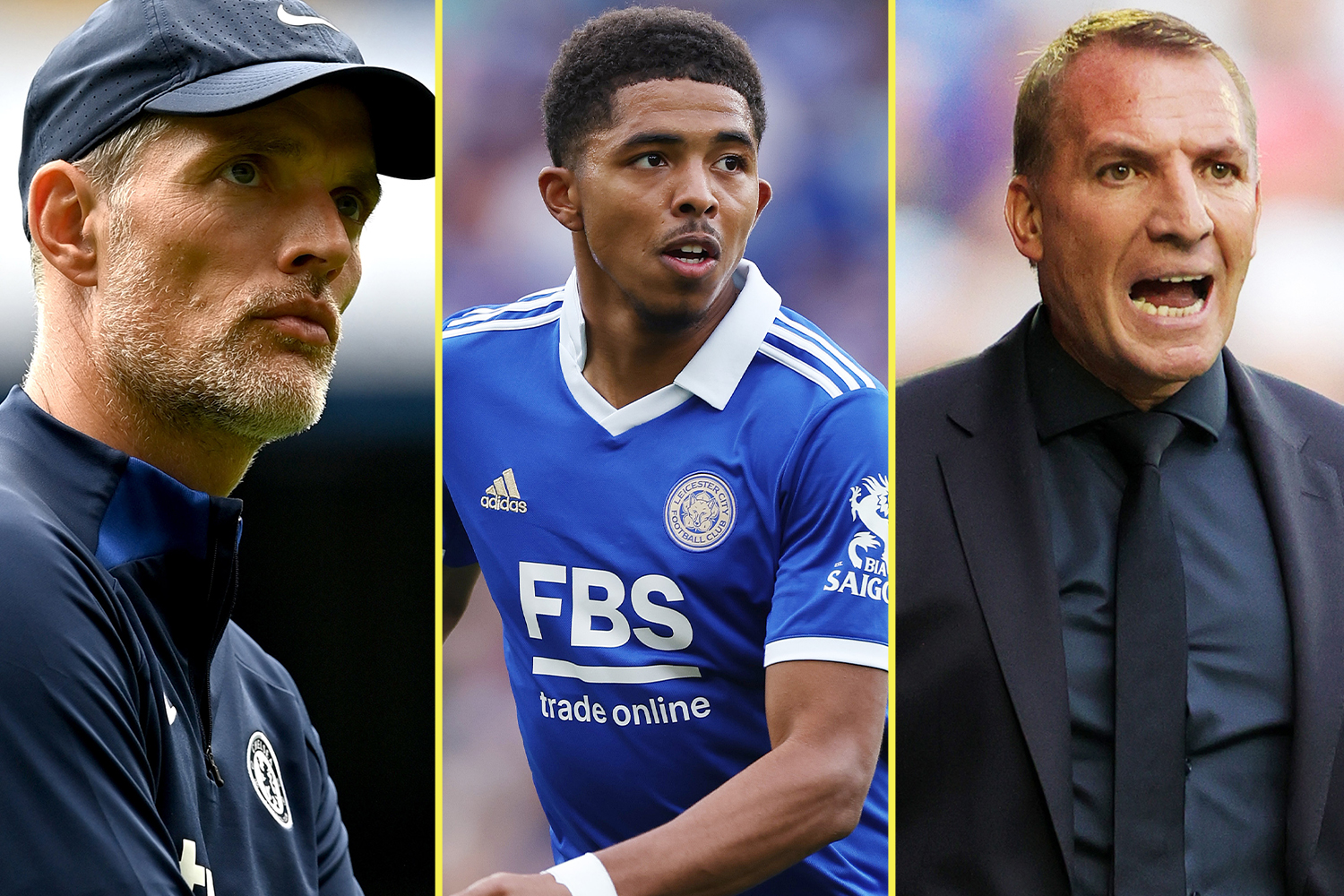 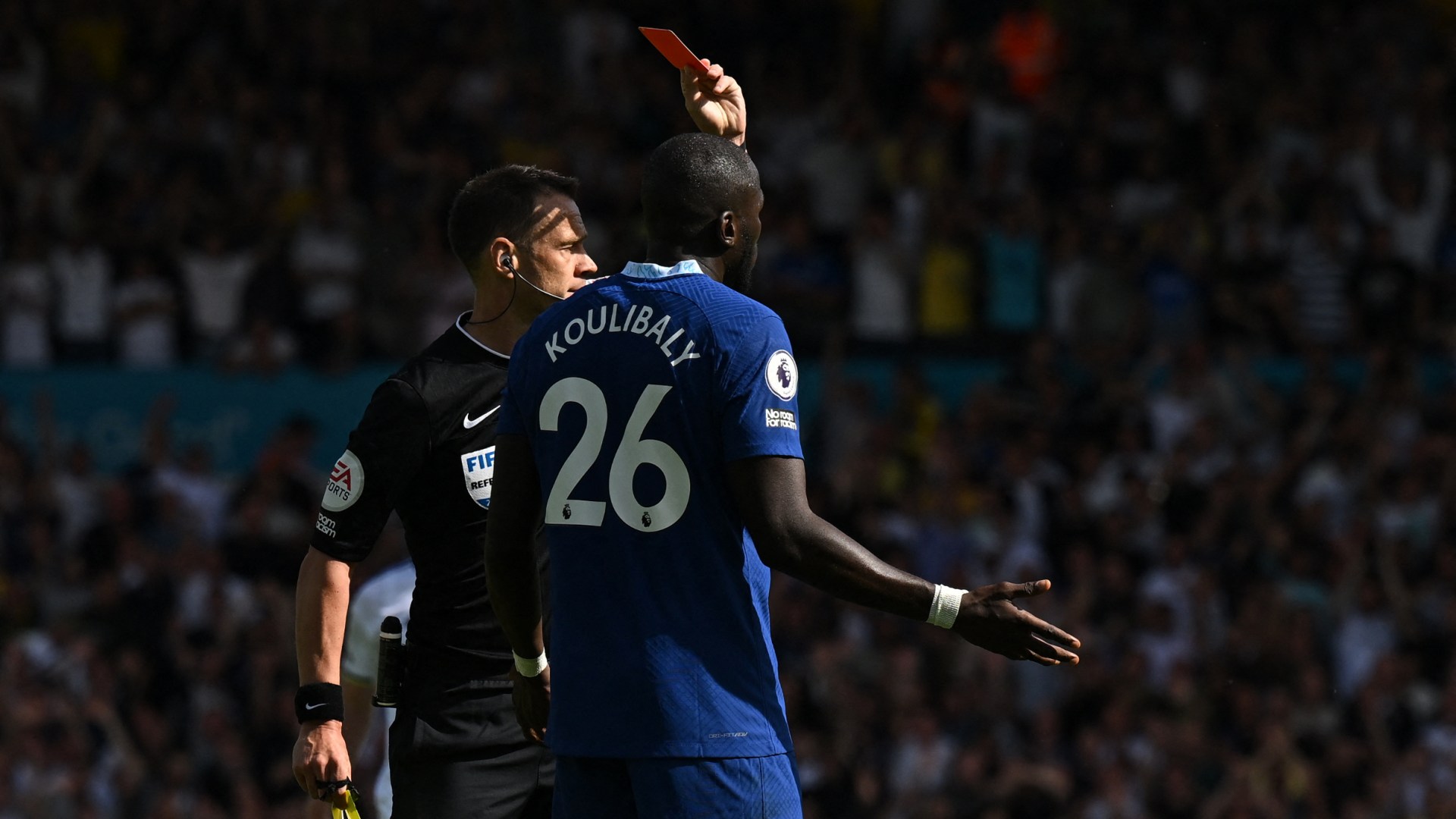 Edouard Mendy’s shocking error helped a relentless Leeds side beat Chelsea 3-0 at Elland Road in one of their most impressive displays since returning to the Premier League. Goals from Brenden Aaronson, Rodrigo Moreno and Jack Harrison made sure Jesse Marsch’s first full season in England continued at a stunning pace, leaving Chelsea with all … Read more A 10-man Liverpool outfit has survived another big scare, with Luis Diaz scoring a sensational goal as Reds settled for a 1-1 draw with Crystal Palace at Anfield on Tuesday morning. Jurgen Klopp’s side dominated for large stages of the first half, with the expectation that a goal would eventually come but instead it was … Read more 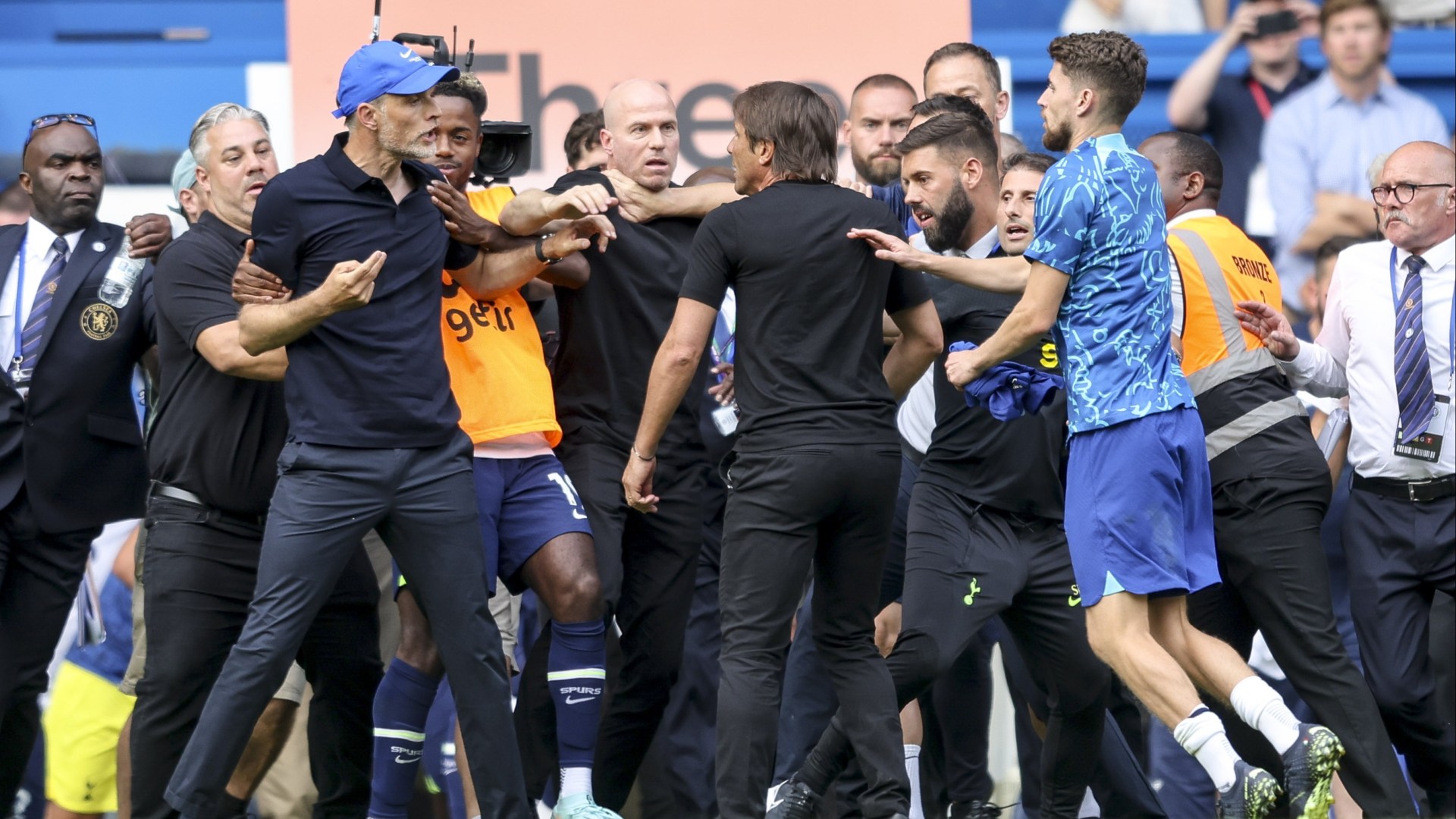 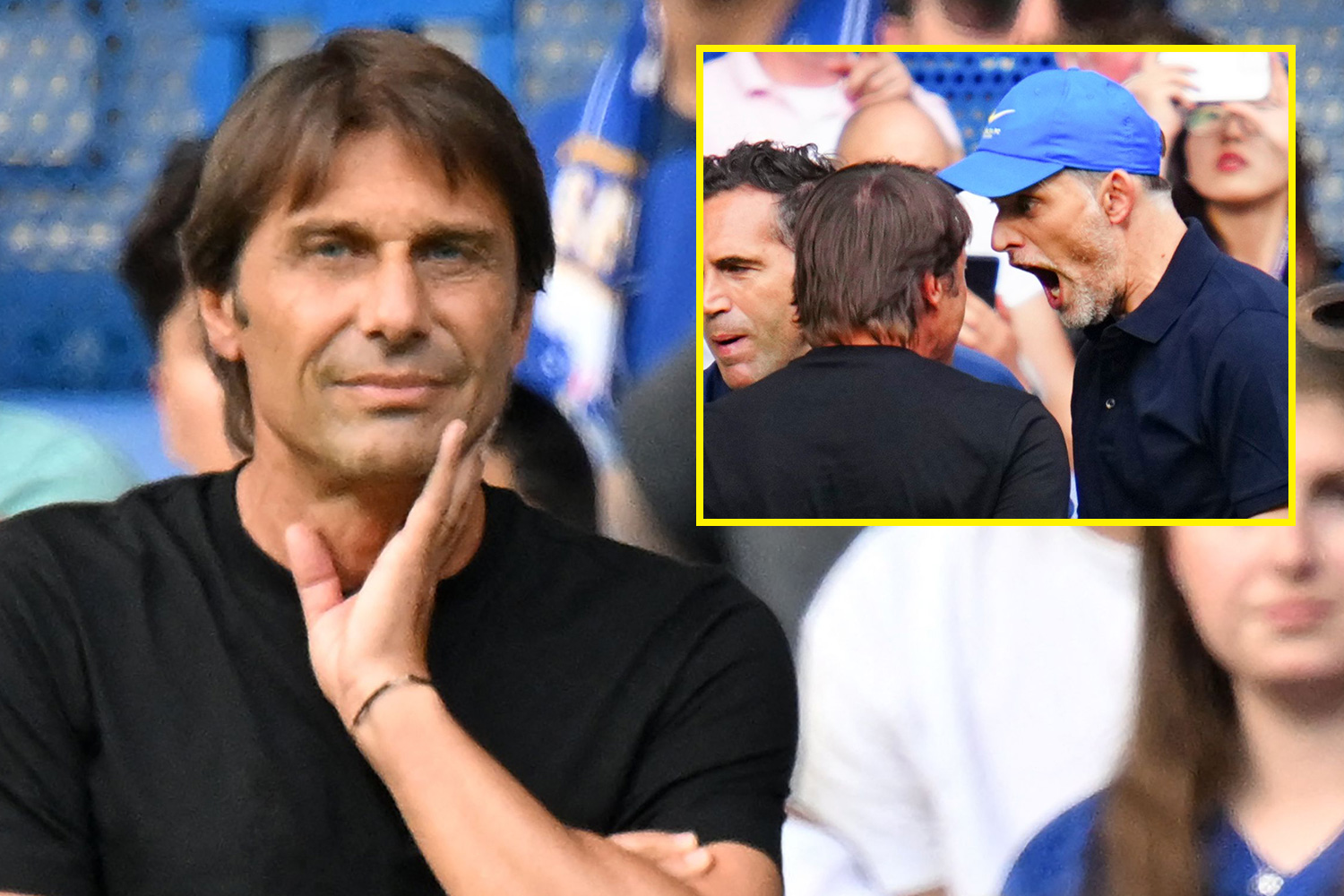 It was passionate, it was feisty, it was furious – and everyone loved it as Tottenham manager Antonio Conte and Chelsea boss Thomas Tuchel clashed. The pair were both sent off at the end of a spicy 2-2 draw at Stamford Bridge in the Premier League. Getty Tuchel and Conte clashed at Stamford Bridge The … Read more 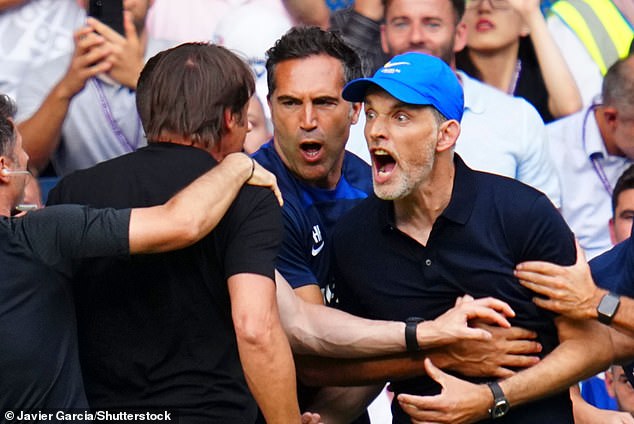 Thomas Tuchel and Antonio Conte were both sent off after two physical clashes during Tottenham’s draw with Chelsea at Stamford Bridge. The two managers squared off following Pierre-Emile Hojberg’s equaliser after Tuchel suggested Kai Havertz was fouled in the build-up, before ill-scenes could be seen after the full time whistle. The two were eventually shown red … Read more