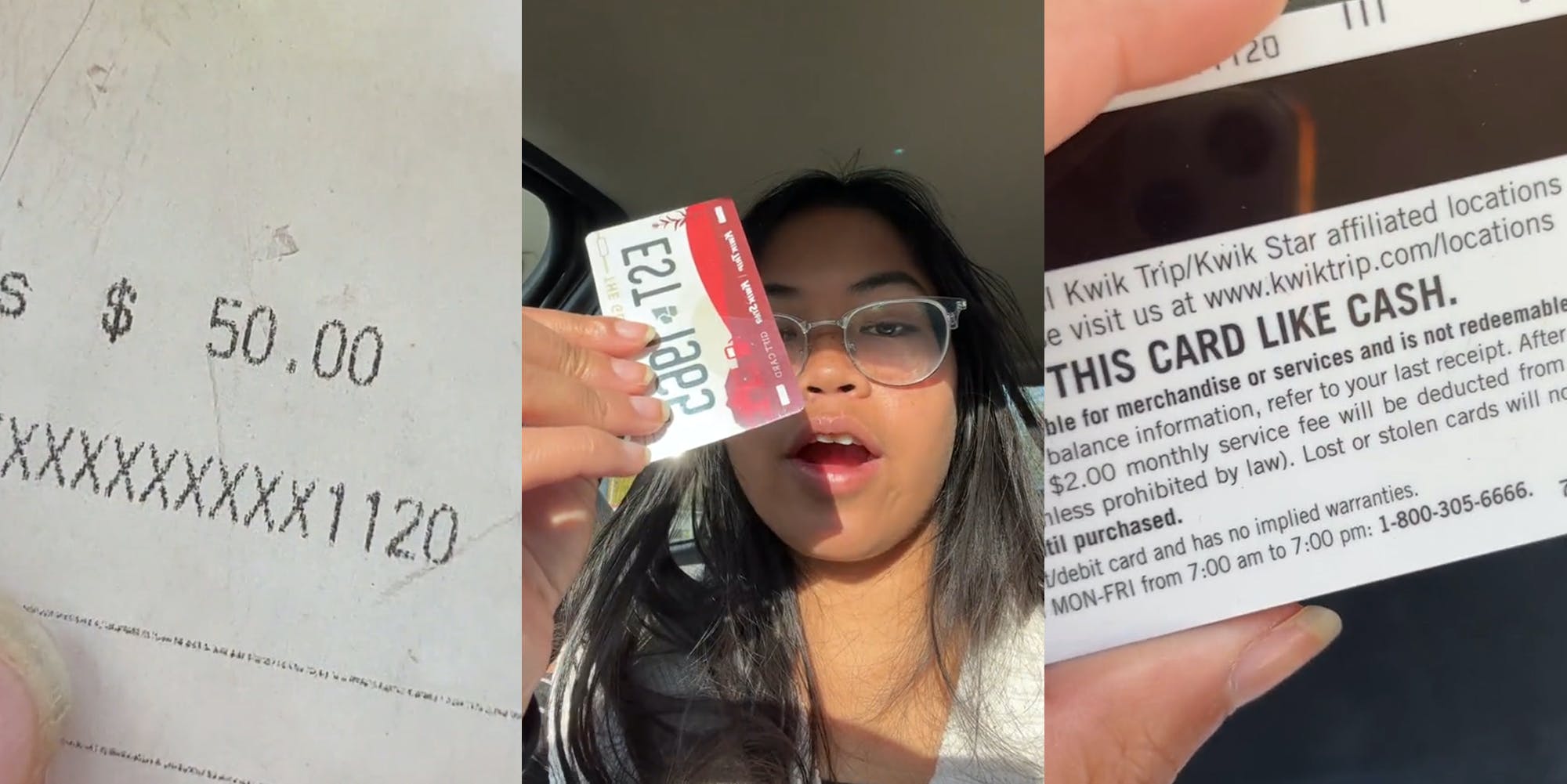 When one receives a gift card, they usually think that they can use the entirety of the amount of money on the card whenever they like. However, this is not always true, as TikTok user Khean (@kheanpis) recently discovered.

In a video with over 219,000 views, Khean says she had received a gift card for $50 from Kwik Trip. But when she went to use the card, she discovered that the balance was only $22.

Why? According to the terms on the back, the card was only worth $50 for the initial 12 months after purchase. Every month thereafter, $2 would be removed from the card as a “service fee.”

“THIS SHOULD BE ILLEGAL,” she wrote in the caption.

In many states, this is, in fact, illegal. In California, for example, “Most gift cards sold by retail sellers cannot contain an expiration date or a service fee, including a fee for dormancy, or nonuse,” per Matern Law Group. There are similar laws in Massachusetts, Illinois, and other states.

That said, in states where dormancy fees are legal, their application can often come as a surprise. Back on TikTok, many users shared similar tales of depleted gift cards.

“Walmart money card does this ANNDDDD charges you to use it!! I got a $25 one and it kept ‘failing’ and charging me anyways,” alleged a third.

Khean is quick to note that the stipulation was written on the card and that she just didn’t see it. As she details in comments, “IM JUST WARNING STUPID FOLK LIKE ME.”

Thankfully, one user claimed that there was a way for Khean to get her money back.

“So I work for KT, if you call that number on the back of the card they will be more then happy to put whatever money was on the card…As of the last transaction,” shared a user. “hope that helps!!!”

The Daily Dot reached out to Kwik Trip via its website contact form and Khean via email.

We crawl the web so you don’t have to.

Sign up for the Daily Dot newsletter to get the best and worst of the internet in your inbox every day.

Braden Bjella is a culture writer. His work can be found in Mixmag, Electronic Beats, Schön! magazine, and more.