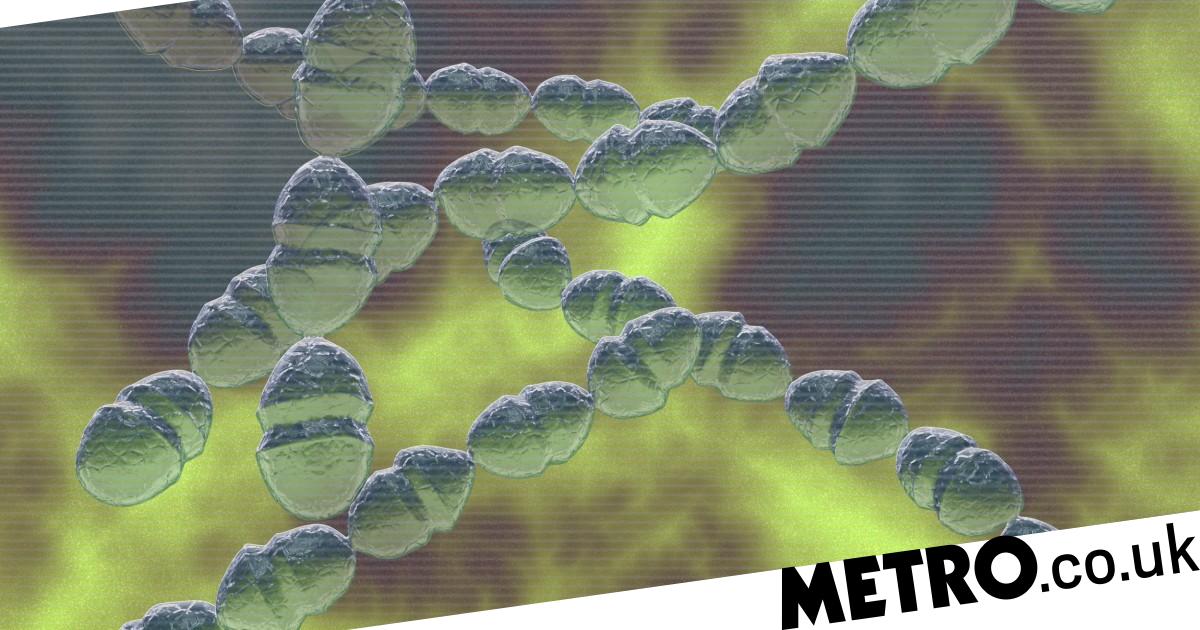 A young child died and another was rushed to hospital after a rare bacteria known as group A streptococcal struck a Surrey primary school.

The child, believed to be just six, was reportedly sickened by the bacteria on Tuesday.

Two other children came down with a strep infection, with one being hospitalised for strep throat and the other experiencing scarlet fever.

All of this was down to group A streptococcal.

What is group A streptococcal?

You might hear the words ‘strep’, ‘strep A’, ‘strep throat’ and ‘scarlet fever’ used a lot when talking about this stubborn bacteria.

‘Strep’ refers to a family of bacteria called streptococcal. While ‘strep A’ is the group A type of streptococcal, according to the UKHSA.

The bacteria can cause a lot of different illnesses, some mild and some serious, including strep throat, scarlet fever and tonsilitis.

Group B strep is pretty harmless and a lot of people have it, the NHS says. Rather than the throat, the bacteria are more likely found in the bottom or vagina.

What are the symptoms of strep A?

Strep A can cause a lot of different illnesses, but they tend to start off with a few typical symptoms.

A long-lasting, sore, red scratchy throat is the main one to look out for, according to the NHS, as well as fever, headache and swollen lymph nodes (lumps) in the neck and under the jaw.

This is because the bacteria tend to tuck themselves away in people’s throats, with this infection commonly called strep throat.

Things like a cough or a runny nose are not symptoms of strep throat, however.

If someone gets strep throat, they might develop scarlet fever as well. This mild illness results in patchy red spots over the body and is caused by the same bacteria.

This skin rash, which makes the skin feel like sandpaper, usually appears about 12 to 48 hours after a fever starts.

Scarlet fever is a ‘notifiable disease’, meaning health professionals must inform local health protection teams. This is so they can contain a potential outbreak, such as it spilling through a school.

If the bacteria isn’t stopped in its tracks with antibiotics, strep A can result in a rheumatic fever that causes sore joints, among other serious complications, according to the NHS.

This is called a ‘post-streptococcal complication’.

The fever isn’t actually caused by the bacteria, but rather the body’s immune system fighting them off and striking the body’s own tissue inside.

One daunting but rare impact of strep A is rheumatic heart disease.

This is when the immune system attacks the heart valve – the delicate and intricate flaps of tissue that must open some 100,000 times per day to help the heart beat.

What does it mean if strep A is ‘invasive’?

If strep bacteria manages to wriggle their way into the blood, muscle or fat tissue, it causes what health experts call ‘invasive’ strep infections.

And these can be especially damaging. Such as brain and spinal cord inflammation, decaying tissue under the skin and heart lining infections.

These infections, often known as invasive group A streptococcal disease, or IGAS, can also happen in people who struggle to fight off diseases. Such as those with a long-term illness or those who are immunocompromised.

How is it passed on?

Strep A bacteria leapfrogs from person to person through close contact or it hides in an infected person’s nose and throat droplets.

Once someone is exposed to strep A bacteria, it typically takes two to five days for them to become ill with strep throat.

Most people who come into contact with the bacteria remain well and have no symptoms.

Invasive strep A infections happen when bacteria manage to burst through the body’s defences, such as a break in the skin (think cuts and grazes).

What do you do if you or someone you know is infected?

Strep throat is more common in children than adults, especially children five through 15 years old. Children with sore throats are often tested for strep and quickly cured with penicillin or other antibiotics.

If a child has a long-lasting sore throat, their parents or guardians should call their GP and organise a test. It’s best to be sure, the NHS says.

Infections are then treated with antibiotics. Invasive infections may need antibiotics to be given directly into the vein.

Doctors usually prescribe about 10 days of antibiotics and, within 24 hours, people neither no longer have a fever or be contagious.

If you or your child does have strep, stay away from school and work for a couple of days while taking antibiotics. It’s important to take the full course.

Anyone who has been in contact with someone sickened by the virus is also advised by health officials to be given antibiotics.

When taking care of children with strep, it’s important to clean their eating utensils after each use and check they don’t share food, drinks or towels with family members.

Teach them as well to cover their sneezes and coughs and to watch their hands often.

But the best way to avoid strep A is washing your hands regularly and keeping good hygiene at all times. Washing hands in the morning and evening at the end of the day, after going to the toilet and before and after eating food.

Get in touch with our news team by emailing us at webnews@metro.co.uk.

For more stories like this, check our news page.

Get your need-to-know
latest news, feel-good stories, analysis and more